POODR and Everybody Poops 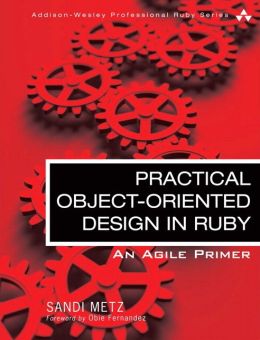 For those of you who don’t know, Everybody Poops is a popular potty training book for toddlers that catologues the pooping habits of man and beast.

I can definitely be obsessive. I belive there is a right and wrong way to do things. Heck, I can even tend towards the obsessive compulsive at times. Did I turn the stove off?

Asserting control over things like cleaning or safety can appear a virtue. You know, being fastidious and organized. Failing to prepare is prepairing to fail. But obsessing over the details of knowable, controllable thinigs like cleaning and safety is relatively easy. This is why obsessive behavior is annoying to others. To the unobsessed, this type of obessession feels like overkill. An unwarrented and intrusive allocation of energy to relativey small problems.

Methodology, on the other hand, is about applying a systematic or established procedure (aka method) to solve a problem. You do not have to wholly understand the thing you are dealing with to be methodical about finding a solution. Take an example from vertebrate taxonomy: Althernatively, a methodical biologist could apply a series of procedures or methods to find a home for this old timer. Does it have feet? fins? lungs? gills? scales? skin? These individual questions are a set of methods for establishing the taxonomy of an animal. We can apply these methods to animals both known and unknown, and develop an understanding of their characteritics and habitats.

The complexity of technology and programming languages make them hard to obsessively control. And even if you manage to develop an encyclopedic understanding of today’s technology, the constant change would eventually overwhelm even the deepest capacity for memorization. By developing a systematic, methodical means of approaching code, you don’t have to worry about knowing everything or being in control. You can simply chip away at a big problem until it eventually becomes manageable.

I am coming to terms with the fact that the answers to code questions don’t have to be knowable or neat at first. What I seek to find now is not the anwser, but a methodical means to find those anwers. The more I understand the art of programming, the more comfortable I become with the unknown.